Are Bing Ads Worth It?

Are Bing ads worth it, is a growing commonly asked question by businesses owners and entrepreneurs. Whether you’re interested in using Bing ads, or you’re just thinking about doing more search optimization for Bing, it’s time that you stopped forgetting this search engine and focusing entirely on Google. Let’s be honest – most of us don’t really practice SEO (Search Engine Optimization), we practice GO (Google Optimization).

Google is the first and last word in internet marketing as far as a huge proportion of internet marketers, SEO and Branding agencies are concerned. But it’s time to change that way of thinking. But why? Why break the habit of a lifetime?
Well for starters, Bing has 20% market share. That woke you up, right?

Many of us think of the search engine industry as being a one-horse race but that’s really not the case. 20% is actually a pretty decent chunk of the market. And when you consider that Yahoo! also makes up around 10% still – and that Yahoo is powered by Bing, that number goes up to 30%. This is a serious amount of web traffic!

Now ask yourself: in what other scenario would you be happy to let 30% of a market walk? If I told you that you could get 30% more visitors to your high street store by changing your shop name, you would change it in a heartbeat!

30% of potential visitors means 30% of potential customers and 30% of potential profit! Instead of earning $50k a year from your website, you could be earning $65K a year just by paying attention to Bing. That’s a massive different (and a free holiday). And there are plenty more reasons to wake up to the reality of Bing as well.

For starters, Bing is integrated with Windows 11. Windows 11 is the latest iteration of Windows from Microsoft and it comes with Bing deeply ingrained into the system. What’s more, is that Microsoft says this is the ‘last version of Windows ever’. That is to say that future upgrades to Windows are going to be iterative rather than complete overhauls. So we can safely say that Bing is there to stay.

Not only is Bing the default search engine for the default ‘Edge Browser’ (which comes with some neat tricks up its sleeves) but it’s also the search engine used by Cortana. Cortana is a digital assistant like Siri that now lives on your desktop. If you want to find out the weather for instance, you can simply ask Cortana while you’re typing and she’ll pull results from Bing and tell you.

Bing has also recently made the transition to Android and iOS and is found nicely. This means that even if someone should set Google as their default search engine, they’re still likely to be using Bing on their desktop without realizing it just by speaking with Cortana. If they ask ‘what does hypertrophy mean?’, Cortana will open up Bing and show the results in the browser. That could be your website.

And the same is true if they own an Xbox One. We don’t have the exact sales figures for Xbox One right now (Microsoft are remaining tight lipped about them) but we do know that they’re in excess of 25 million around the world. Xbox One comes with a lot of home-entertainment functions including a browser that you can use while playing games or chatting on Skype. And guess what search engine the Xbox One browser uses?

While the Xbox One isn’t quite the massive success that Microsoft hoped for (PS4 has the lead at the moment), the company is getting great reviews in all other departments and is generally considered to be firing on all cylinders at the moment. Examples of this can be seen with the success of Windows 10, the Microsoft Band and the Surface line of hardware.

Then there’s the huge buzz surrounding the HoloLens. HoloLens is a piece of ‘Mixed Reality’ hardware that might well introduce the world to a new form of computing. And guess what search engine it will use? Anything could happen in the next few years to upset the apple cart and lead to Google losing market share.

For example, Apple have repeatedly threatened to ditch Google as the default browser on iPhone and this could very easily lead to a seismic shift for the search landscape. Then again it might never happen. But the question is: can you afford to take that risk? Are you happy knowing that all your eggs are in Google’s basket?

The Massive Opportunity You Can’t Afford to Miss

And one last thing to consider is that Bing offers a lot of opportunity for the savvy SEO/webmaster. Why is that? Simply because Bing is lesser known and there are fewer people trying to rank there. Likewise, there are fewer people paying for PPC. That means that you’ll pay less per click and you’ll find it much easier to get to the top of the SERPs.

Specifically? You’ll pay around 33.5% less on Bing compared with Google AdWords. In real terms, that means 33.5% more traffic, for the same cost!

A lot of people never consider Bing SEO and they don’t know what the key to succeeding there is. That means that the 30% of traffic to be found there is ripe for the taking. It means you can do a little background research and then just swoop right in to get to the top of the SERPs (Search Engine Results Pages). You’ll be in a smaller pond but it will be much easier to get the fish biting.

And what you also have to understand is that this can then lead to more knock-on effects for your Google Ranking too. Think about it: if you get to the top of Bing, then that leads to a lot of exposure to 30% of the web. This in turn means that you end up landing more backlinks and getting discussed in more forums and more comments sections.

The same goes for paying for ads on PPC. You can use this as your ‘way in’ to boost your position in Google’s SERPs as well as to generally increase your brand without directly challenging the biggest players in your niche. And apart from anything else, if you completely rely on Google for all your traffic, you put yourself at risk of something going wrong when Google changes its policies (which it does all the time) or should something go wrong with Google.

Look, this is a book about Bing Ads but that doesn’t mean we have to be unrealistically biased toward Bing here. There are still plenty of good reasons to prioritize your Google AdWords campaign; the biggest being simply that Google AdWords lets you reach a bigger audience. But with that said, it makes a lot MORE sense to make sure you’re on both.

The Googlepocalypse may never come but you should still have a contingency plan in case it does! Finally, think about the kind of person that is likely to be deeply ingrained with the Microsoft ecosystem. Who is likely to use Microsoft software suites and hardware?

Simple: businesses. That means executives, CTOs and managers. And that means they’re also likely to be looking at Bing. If that’s your target demographic, then you should strongly consider adding Bing ads to your campaign.

More Reasons That Bing Ads May be Better Than AdSense

There are more reasons that Bing might be the better choice for building an effective PPC campaign. For example, it is generally considered that Bing offers superior control over ad campaigns in some aspects. For example, Bing allows you to set different ad campaigns for different time zones, allowing for sophisticated ‘ad scheduling’ strategies. This can end up making an important difference to your success – as in comedy, timing is everything for marketing.

Likewise, Bing allows you to set things like location and language for each ad group, rather than for each campaign. Bing also allows more precise device targeting, letting you set different bids for different types of devices. It also lets you choose which search partners you want to work with and it makes it easier to leave out variations of your search terms in order to create a more focused campaign.

And one little side note…

Oh and on one little side note? Bing is much better looking than Google. Those daily features images really give Bing a relaxing and modern feeling and the animated ones in particular can actually be reason enough in some cases to head on over to the site. Surely it’s worth showing Microsoft some love for that… 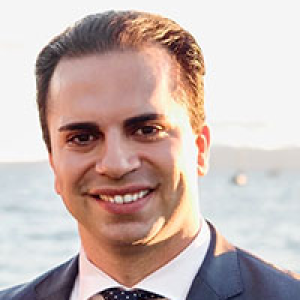 Ari is the founder of Brand Me Creations, a creative web-design and branding agency in Southern California. Business Admin and Computer Science graduate, he is naturally curious about the world wide web, entrepreneurship and the business world. His passion in providing solution to his clients, be it web-design, branding, SEO or marketing. Learn more at www.BrandMeCreations.com

Brand Me Creations 2021 - All rights reserved​